When Lynsey was diagnosed with breast cancer at 24, she wanted to let other young people know they could be at risk. By sharing her story on Instagram, she reminded people to check themselves – but also offered hope to other women going through treatment. 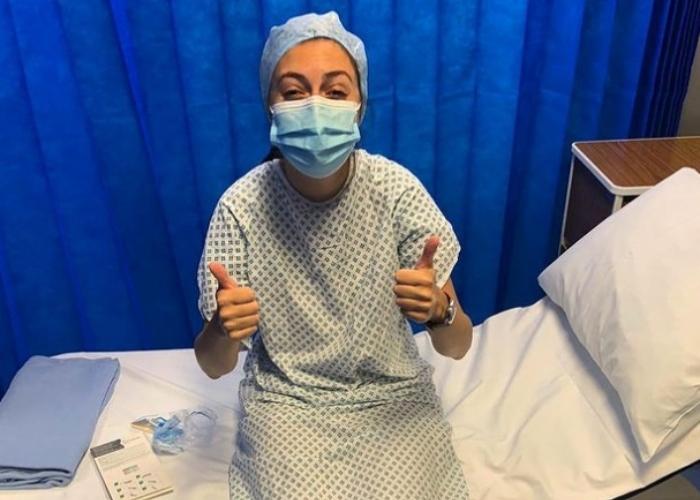 I wanted to have surgery as soon as possible

I found the lump just after New Year, which was a great start to 2021. We were already in lockdown because of COVID restrictions, and then this happened.

Initially, I thought it was just a cyst or perhaps something to do with my period. It was my boyfriend who encouraged me to contact a doctor about it, and he pointed out that I would probably encourage a friend to do the same thing if it had been them who had found a lump.

After some tests, it was confirmed to be breast cancer.

When I first got the news, I was really upset. By the next day, all I could think was that I wanted to have surgery as soon as possible. I just wanted it done with.

I still didn’t know what stage the cancer was at, however, so I had to have an MRI and a CT scan. Waiting for the results was one of the worst weeks of the entire experience. I just wanted them to call me to let me know if it had spread and put me out of my misery.

Once I actually started treatment, though, I think it all happened too quickly to process. I would get into panic mode at times and worry that some other little pain was actually related to the breast cancer, but then I would contact the breast care nurse and she would reassure me.

Aside from those moments where I would go into overdrive, I think I was mostly ok.

However, I still wanted to talk about what was happening, and it was probably the sheer shock of getting breast cancer that initially prompted me to share my story on social media.

Everyone I knew who had breast cancer was in their 50s or older, and I was so taken aback by my diagnosis because I didn’t think I was high risk at all. As well as being really young, I wasn’t overweight or obese, and I don’t have any family history of breast cancer.

Sharing my story has made other people more breast aware

I didn’t want my breast cancer experience to be associated with my private Instagram, so I made a new one for everything cancer-related. I just wanted to be open and honest and hoped that friends who read it could get something from it.

Since doing that, I’ve actually had some people say to me that they’ve had lumps they had been ignoring for weeks or even months, and that they were now going to the doctors about it. Thankfully, all of them have been fine, but it just goes to show how important it is to talk about these things.

Read more  Does Gloom Have Cancer? Let’s Look at Her Biography, Personal Life, Net Worth, and More!

When I was at school, we weren’t taught how to check for signs and symptoms, and I don’t think they’ve started doing it now, either. They definitely should, though, because it’s so easy to brush things off as a cyst or think you’re too young, which I almost did.

Now, I have quite a few followers that have found me after being diagnosed with breast cancer. I don’t know them personally, but a lot of people have reached out saying that my posts made them laugh.

People appreciate seeing that other side to breast cancer and knowing that it’s not all doom and gloom. Sometimes, you just need to step back a bit and see the funny side.

I suppose that’s something else I hoped to get out of it, other than raising awareness: giving people a little bit of reassurance. 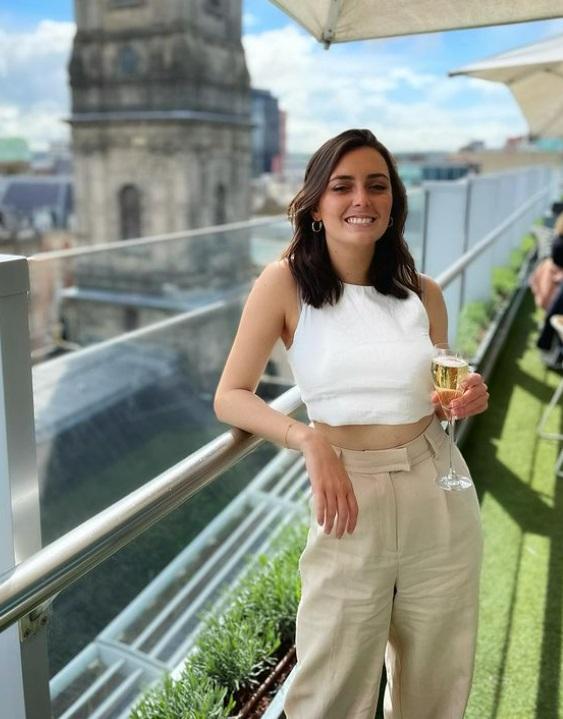 I am still dealing with ongoing side effects

Since my chemotherapy finished before Christmas, I’m now just dealing with the ongoing side effects. Some of them are quite tricky – for instance, I don’t know how long my hair will take to grow back.

I’ve also had some swelling from being on steroids, and the doctors couldn’t really tell me when it would go down. I know it’s difficult to give people a set time frame, but it’s been really frustrating for me. I’m technically done with treatment, but I’m still not done with the side effects.

Still, I am happy to be at a point where I can say I’ve got through it. I am still on tamoxifen and herceptin, and I will be for a while, but – for the most part – I’m glad to be done.

If you’re aged 20-45 and have a diagnosis of primary breast cancer, our Younger Women Together events could provide you with support and community with people who understand your situation.