You are here: Home Hypothyroidism

Back in 2007, Oprah Winfrey created a huge controversy when she invited a medical doctor on her talk show to argue that low thyroid in women may be the result of unexpressed emotions. For the many millions of women with hypothyroidism in America, the idea that their disorder could be a byproduct of repressed anger was a true wake up call. But conventional medicine had the opposite reaction, and its backlash was immediate and intense. Mainstream media decried this theory as quackery and called for Oprah to stop peddling “bad medicine.” 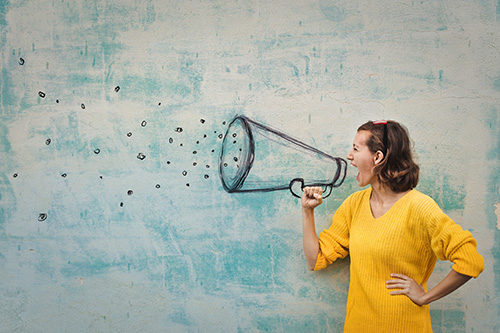 We’re now a dozen years out from this controversy, and a lot of thyroid research has happened since then. It’s amazing to look at the science today and then look back at that infamous episode on Oprah because…you know what?

Oprah was right. And everyone should know why.

The biology of anger

Conventional medical thinking on the thyroid and emotions has always been a one-way street: If your thyroid is underactive, it will make you depressed or cause mood swings. If it’s overactive, it can make you anxious, angry or manic. But none of the body’s systems are one-way streets. If a poorly functioning thyroid causes negative emotions, then why can’t negative emotions impair the thyroid? Well, we now have the evidence to explain how this can occur.

Let’s start by looking at what anger does to the body. At the most basic level, anger is a threat response — the “fight” in fight-or-flight. The experience of anger is associated in part with the chemistry of stress hormones— cortisol, norepinephrine, and epinephrine (which most of us know as adrenaline).

Cortisol is the most important of these to thyroid function. It’s long been known that cortisol can influence thyroid-stimulating hormone (TSH) in that excess cortisol can suppress TSH — which in turn causes the thyroid to produce less of its key hormones. Chronic cortisol release from ongoing stress can also tip the scales toward autoimmune thyroid disease.

That burst of cortisol shouldn’t impact thyroid function under normal circumstances, because bursts of stress hormones should be short-lived.

But in the modern world, we’re constantly “under threat” from a barrage of sources, especially conflicts and demands that seem to never go away and problems that can’t be solved — so our fight-or-flight response is almost constantly turned on.

Since there’s no respite from this stress, suppression of thyroid function becomes more and more likely too. And this “fight” response does more than just suppress the thyroid’s hormone output. It can also trigger an immune response — which can do damage to the thyroid itself

Ever feel like your life is spiraling downward? Sometimes your thyroid feels that way too! To understand why, we have to learn about an agent called IL-6.

How do IL-6 and inflammation affect thyroid and immune function

One of the more intriguing findings of recent research is the relationship of the cytokine interleukin-6 (IL-6) to stress — and specifically to anger. IL-6 is one of two key markers of chronic, low-grade inflammation (the other being C-reactive protein, or CRP) that is so often found in illnesses such as heart disease, cancer, and autoimmune disorders.

Read more  Hyperthyroidism vs. Hypothyroidism: How to Tell the Difference

Scientists have known for some time that IL-6 tends to increase when we’re under stress. Among other things, IL-6 boosts cortisol production, so that only makes sense. But a recent study found that among adults over age 50 with chronic disease, those who reported higher feelings of anger and frustration also had higher levels of IL-6 — but not those who said they experienced sadness rather than anger.

If you feel like you’re falling down a rabbit hole, you’re right. Cytokines are part of our immune response, and a key dimension of thyroid disorders is autoimmune dysfunction. Here’s how this works. Another function of IL-6 is to keep in check regulatory T cells (or “Tregs”) while promoting another type of immune cell called T helper 17 cells (Th17). The Tregs help the body recognize its own tissues versus pathogens. The Th17 cells help protect the body against pathogens, but they have also been implicated in autoimmunity. So, if the body is producing too much IL-6, it means there’s an immune system imbalance — one that allows Th17 cells to increase while Tregs are suppressed. This sets the stage for an autoimmune disorder.

When the immune system is fighting itself…

The relationship between IL-6 and autoimmune thyroid disease seems like a chicken-and-egg question — does thyroid disease develop because of the increase in IL-6, or does the increase in IL-6 occur because of thyroid disease? In reality, it could be both at the same time. (Remember that two-way street?) But knowing that anger boosts IL-6 production, and that IL-6 predisposes the body to attack its own cells, makes it hard to ignore that anger may have a profound effect on the way hormones and immune responses in the body interact with the thyroid.

Keep in mind that not all thyroid imbalances are autoimmune-related. We know, for instance, that having too little iodine or selenium in your diet — two key nutrients for the thyroid —is also a common cause of low thyroid function (hypothyroidism), and one that’s easy to fix. It may be a question of where you are on a spectrum. When autoimmunity is involved, thyroid imbalances in women can be at opposite ends of the spectrum —Hashimoto’s thyroiditis (autoimmune hypothyroidism) or Graves’ disease (autoimmune hyperthyroidism) — and in both disorders, higher-than-normal levels of IL-6 are usually present.

Anger is an unhealthy thing to swallow

But we started this conversation talking about repressed anger. What does repression have to do with it?

Many Eastern energy healing systems consider the thyroid to be the seat of the throat chakra, important for creativity and self-expression — your “voice,” in both the literal and emotional senses. It is no surprise to practitioners of traditional Chinese medicine that a hoarse voice is one of the key symptoms of thyroid dysfunction! So, what happens when you are angry but stop yourself from expressing or experiencing it? “Swallowing your anger” is a metaphor for what you experience when you don’t express your angry feelings, but in a very real sense it’s like taking a poison pill — because where are you stuffing all that emotion? Down your throat, past the center of your self-expression, and right down into your gut — which not-too-coincidentally is the command center of your immune system. If you’ve ever had a roiling stomach after “biting your tongue” in an argument, you’ve felt the effects of repressed anger. Perhaps some of these other experiences will sound familiar:

These are all physiologic stress responses as well as responses to anger.

There are many situations where it’s not appropriate to cut loose, and instead we have to “keep a lid on it” until it’s OK to “vent” — but that’s not what we’re talking about here. Repression of anger is when you continually refrain from stating how you feel. Unfortunately, many women have never learned healthy ways to express or cope with strong emotions like anger or grief. We might either “stuff” or “wallow in” these negative emotions, when what our body and mind and spirit need is for us to process them. Or we might simply have poor communication skills — “dumping” all over well-meaning friends and then feeling bad about it later, which encourages us to avoid expressing ourselves at all.

Either way, if we don’t process these emotions in a healthy way — acknowledge the feelings, understand where they came from, and either resolve them with communication or release them if communication isn’t possible — they can contribute to the chronic stress and inflammation that produce thyroid trouble.

How to reclaim your voice and improve your health

But the beautiful thing is, it’s never too late to learn better, healthier ways to manage your emotions and develop coping strategies for emotional triggers. Some ways to get started might be:

Read more  The Association between Burning Mouth Syndrome and Level of Thyroid Hormones in Hashimotos Thyroiditis in Public Hospitals in Shiraz, 2016

We don’t agree with Oprah on everything, but on this topic she really was showing women the future of how to understand the multitude of factors that can affect the thyroid.

The truth is, facing your emotions may be painful, and learning how to let the anger go if you’ve held onto it for a long time can feel difficult. For some people, it may take months or even years of work with a professional therapist — but the rewards of good health (and a healthier thyroid) are worth it!

Which Protein Is Safe for Hashimoto’s?

Thyroid Friendly Protein Powder: Which One Should you Use?

How a Low Iodine Diet Can Help Your Thyroid

Protein Powder for Hashimoto’s: Which is Safe?

What Does Mast Cell Activation Syndrome Have to Do with Your Thyroid?