N’awlins is so much more than Mardi Gras! From the Musicians Village in the 9th Ward to ghost tours to spending the day with alligators, there is always something to do in New Orleans. Here are 15 of our favorites: 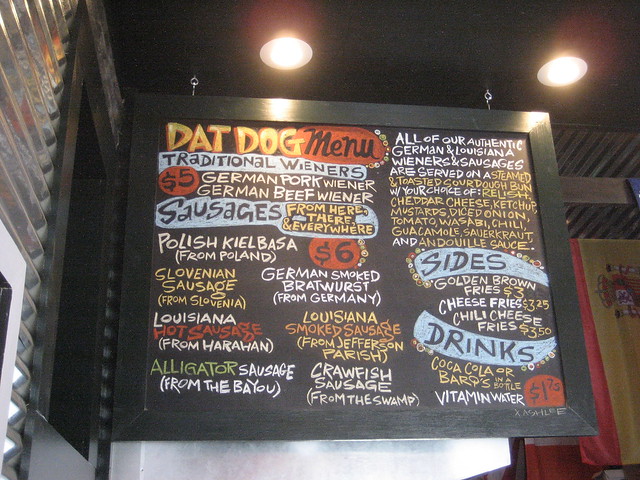 Frenchman Street is within walking distance of Bourbon Street, but it has a really different vibe. It’s where locals go to listen to jazz, Latin, blues, and reggae. It’s also the place they go for Dat Dog—named the best hot dog place in Louisiana. Go ahead and go a little crazy; in addition to the usual choices, you can get turducken, alligator, and crawfish dogs.

2. Go old school in the Bywater 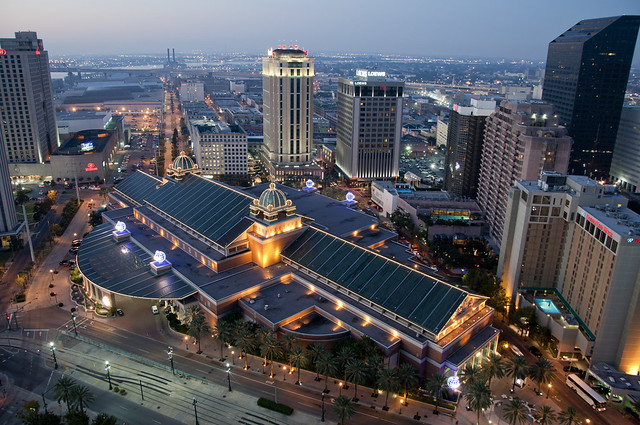 Don’t leave NOLA without experiencing some of the joints that have stubbornly resisted change in the face of gentrification (what locals call the hipster invasion). One such example is Frady’s One Stop Food Store in the Bywater, which serves up old-school po’-boys and mac ‘n’ cheese, without the hipster irony.

For an off-the-tourist-path musical experience, head over to Musicians’ Village in the 9th Ward. After Hurricane Katrina, New Orleans natives Harry Connick, Jr. and Branford Marsalis wanted to establish a community for displaced musicians so that they wouldn’t leave the city. The Musician’s Village, set up in partnership with Habitat for Humanity, provides affordable housing that reflects the city’s traditional shotgun style. And the Ellis Marsalis Center for Music provides services for underserved children to develop their musical passions, as well as regular concerts with some of the city’s most treasured talent—like Connick and Marsalis.

4. Explore the city’s bohemian side in St. Claude’s Corridor

The area called St. Claude’s Corridor is one of the city’s oldest, with lots of architectural beauties that survived Katrina. Today, it’s one of the most vibrant places for the bohemian minded, with the New Orleans Healing Center offering everything from a food co-op to vintage clothing to a Middle Eastern cafe to an interfaith center. Dancing Grounds provides classes in belly dancing, traditional African dance, and queer-friendly Pilates. For local musicians, poetry slams, and comedy shows, head to Hi-Ho Lounge and Siberia.

Three centuries of death, disease, war, pestilence, love gone wrong and murder have given the city goose-bump-inducing tales of unexplained phenomena. Dare to join a ghost walking tour and hear why New Orleans is the most haunted city in America, along with an in-depth look into famous New Orleanians such as the Voodoo Queen, Marie Laveau.

6. Look into the eyes of Louisiana’s most ancient residents

Don’t miss your chance to get up-close and personal with alligators.

As the largest reptiles in North America, alligators can reach 15 feet in length. They thrive in places such as marshes, swamps, and bayous, and can sprint up to 35mph. Instead of leaving your next encounter to chance, plan a more controlled visit with a Honey Island Swamp Day Tour. You’ll learn about efforts to conserve the American alligator and to preserve the Louisiana wetlands from the comfort of a 22-passenger boat. Be prepared to run into alligators, raccoons, wild boars, turtles, snakes, and many birds—all native to the area. 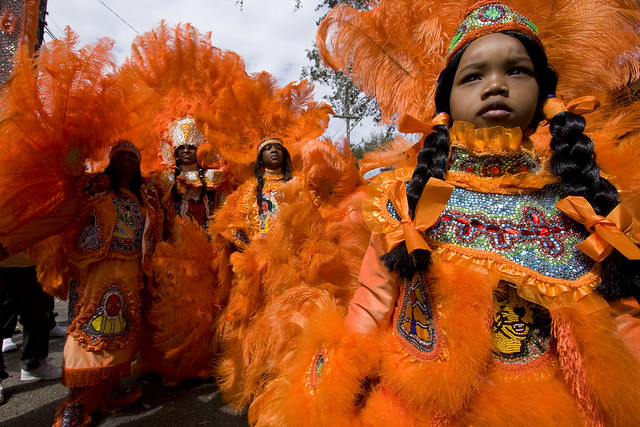 Because New Orleans’ African Americas were, historically, excluded from Mardi Gras parades, residents in black neighborhoods held their own celebrations. They developed a tradition of dressing up, or “masking,” as American Indians in order to pay respect for their assistance in escaping slavery. Today, the Mardi Gras Indians continue the tradition of hand making elaborate costumes that are then paraded around starting on St. Joseph’s Day. Different tribes face off with each other to determine which chief is the “prettiest.” At the Backstreet Cultural Museum in the Treme, you can see the 100-plus-pound costumes and hear stories about this unique aspect of the city’s African-American culture.

8. Dig into the best fried chicken—thanks to Princess Tiana


NOLA.com and the Times-Picayune has named the fried chicken at Dooky Chase’s Restaurant the best in the city. But Dooky Chase is respected for much more than its golden, crispy-on-the-outside, moist-on-the-inside, food-coma-inducing dish. Executive Chef Leah Chase, called the “Queen of Creole Cuisine,” has fed Quincy Jones, Jesse Jackson, Duke Ellington, Thurgood Marshall, James Baldwin, Ray Charles, presidents George W. Bush and Barack Obama, and countless other entertainers and leaders. And Disney fans can learn more about how Chase is the inspiration behind the character Tiana in The Princess and the Frog.

Read more  Things To Do In Miami At Night


Homemade New Orleans-style beignets are just one of the local foods to savor during your visit.

Why can’t we refer to a beignet as a doughnut? What’s the signature olive salad that distinguishes a muffuletta from just another sandwich? What’s the difference between Cajun and Creole cuisine? Take a New Orleans Food History Tour with pit stops at classic Creole restaurants, neighborhood sandwich shops, hot sauce bars, artisanal candy stores and more while local food historians bring to life the stories behind the eats. The leisurely walking pace may not burn all of the calories you consume, but at least you’ll be able to justify one more praline.


After you’ve had your fill of gumbo, jambalaya, shrimp etouffee, and all of the other dishes that make New Orleans one of the best places in the US to eat, take your taste buds on a different journey. The Audubon Butterfly Garden and Insectarium is the largest museum dedicated to insects in North America. You can explore the critters of a Louisiana swamp or see thousands of butterflies in an Asian garden. Then, experience insects at a deeper level by visiting Bug Appetit, where you can sample from a buffet of edible creepy crawlies. Six-legged salsa and chocolate chip cookies, anyone?

11. Dance your way down the street in a second line 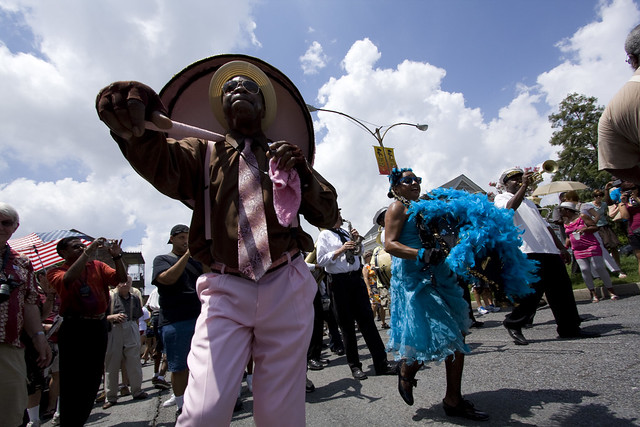 A tradition in brass band parades, second lines have been called the quintessential New Orleans art form. Behind the “first line” of the brass band are those who dance and walk along, twirling parasols or handkerchiefs in what’s called “second lining.” When a second line comes down the street, the whole neighborhood comes alive and joins in as the parade weaves its way around the community. You can find a schedule of upcoming second lines published by the local radio station WWOZ. First time? Check out this etiquette list for participating respectfully. If you’re a little shaky on your dancing legs, try out a Second Line dance class with local dance celebrity Dancing Man 504.

Read more  The 25 Best Things To Do In Milwaukee! | A Local’s Guide

12. Make the trek out to Dr. Bob’s warehouse 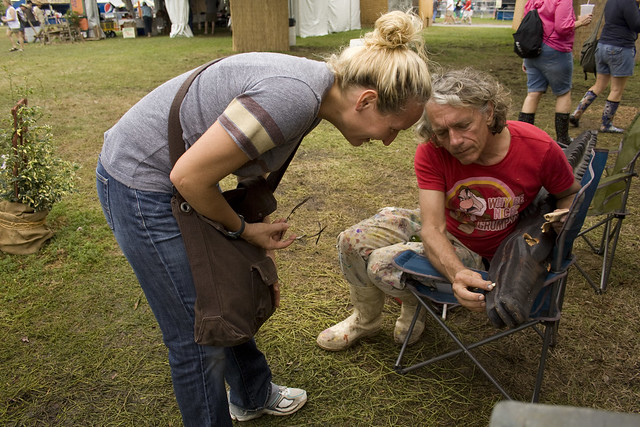 Sooner or later, you’ll start noticing the painted “Be Nice or Leave” placards around the city. The man behind New Orleans’ most recognizable folk art is the sometimes crusty, but always amusing Dr. Bob. His art has been featured in the New Orleans Jazz Festival, the Smithsonian Institute and the House of Blues. His eclectic and funky pieces feature beloved local scenes, like sno-ball stands and shotgun shacks, and local wildlife—including gators. His materials include trashcan lids, coffee cans, bottle caps and other debris from Hurricane Katrina. If you’re looking for folk art that reflects the quirky yet indomitable spirit of New Orleans, make the trek out to Dr. Bob’s warehouse. 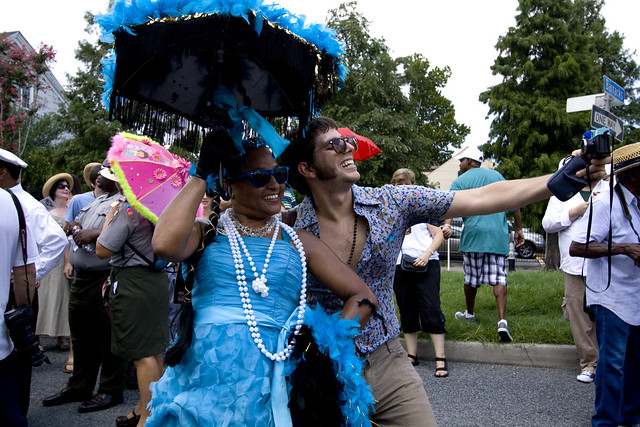 The fleur-de-lys is the most instantly recognizable symbol there is of New Orleans. Fleurty Girl, started by New Orleans native Lauren Thom, is the place to go for shirts, jewelry, bags, home accessories, and countless other items that celebrate the city and its iconic symbol. Go to any of the four retail locations for your “who dat” t-shirts, “there is nothing a po’-boy can’t fix” posters, shotgun house necklaces and Mardi Gras accessories.

14. Have a good time doing good 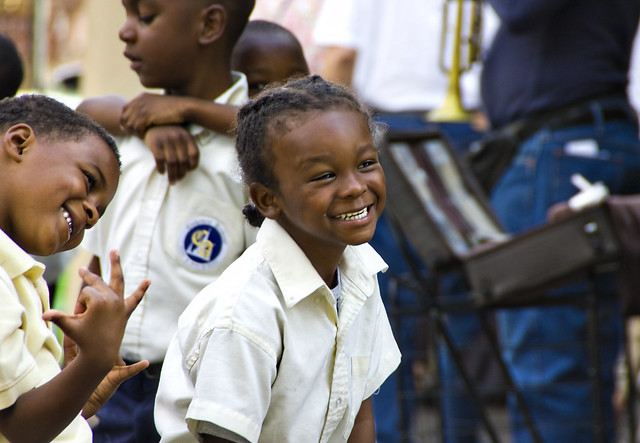 People of all ages and backgrounds find their trips enhanced when they give back to the city that gives them so much pleasure and inspiration. Opportunities for voluntourism abound. Common Ground Relief offers opportunities for volunteers to aid in the efforts being made to restore and preserve Louisiana’s disappearing coastal wetlands.

15. Recuperate at a quiet beach 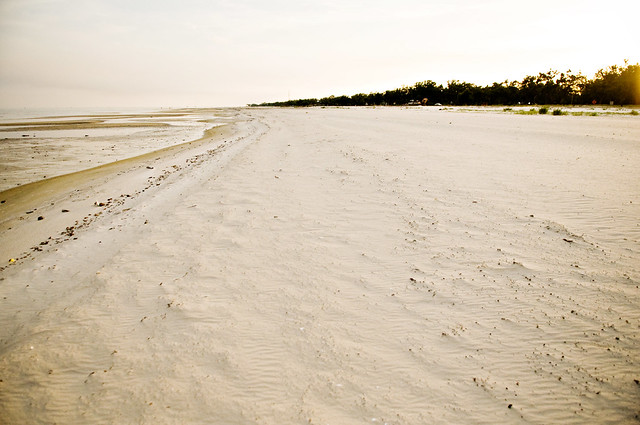 Sitting on the Gulf Coast in nearby Mississippi, Bay St. Louis is a mere 90 minutes from the Crescent City. But with its small, low-key, coastal-town atmosphere, it feels a world away. It’s been named one of “America’s Coolest Small Towns,” as well as one of the best coastal beach towns. After lounging on the beach, stroll around Old Town. Be sure to check out Gallery 220, a local artists’ co-op, and chat with locals at the Mockingbird Café. If you need a bit more time away from the Big Easy, spend a night at the Bay Town Inn.

Travelocity compensates authors for their writings appearing on this site; such compensation may include travel and other costs.

Category: Things to do in ... ! at https://cohaitungchi.com.

21 Best Things to Do in Bloomington, Indiana

Lincoln Park, Chicago: the ultimate guide to the neighborhood

21 Best Things to Do in Bloomington, Indiana

Lincoln Park, Chicago: the ultimate guide to the neighborhood

Hiking Sassolungo: The Wildest Peaks in the Dolomites

What can people do to even their skin tone?

What is urge incontinence, and how is it treated?

How Long Does a Car Battery Last With Radio on? – Explained

How long does recently added Friends show on Facebook?

How to open WPL files on PC

How Much Space Does macOS Take? Check & Free up System Storage

How Long Does A Computer Monitor Last?_